The 87th Academy Awards will air February 22, 2015 and reportedly ABC, the channel the show will be broadcasted on, is worried about the ratings.

A report by Haworth Marketing + Media showed that the award show will spend $5.5 million on a publicity campaign in order to draw people to view.

The Hollywood Reporter obtained a copy of the report and was the first to break the news. The publication broke down how much of the money will be allocated to different resources with the largest portion, $2.9 million, being spent on cable TV advertising in the days leading up to the telecast.

Another reason this year’s award show could drop in ratings is due to the host. While Neil Patrick Harris is certainly a fan-favorite and has 12.6 million followers on Twitter, last year’s host, Ellen DeGeneres, has over 30 million. Harris also has some large shoes to fill as DeGeneres brought in the most-viewed, non-sports program since the finale of Friends in 2004.

Last year’s program was watched by over 45 million people.

This year also faces counterprogramming that could be problematic for the amount of viewers. AMC’s The Walking Dead, PBS’ Downton Abbey and HBO’s Girls all air at the same time as the Academy Awards.

The caliber of the Best Picture movies also may seem not up to par with last year’s ceremony as there were several blockbuster hits nominated previously and the current nominees did not have as much of a commercial impact.

Despite these concerns, the Academy Awards will most likely be watched by tens of millions of people although the ratings may dip at 9 p.m. when the ceremony’s competitors will be airing. 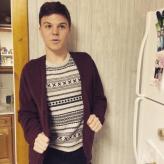 Will is a sophomore majoring in journalism in the E.W. Scripps School of Journalism, and minoring in english. After he graduates, he wants to get a job doing what he loves best: writing. Follow him on Twitter at @w_gibbs